Improving the Quality of Life for Veterans with Psychosis 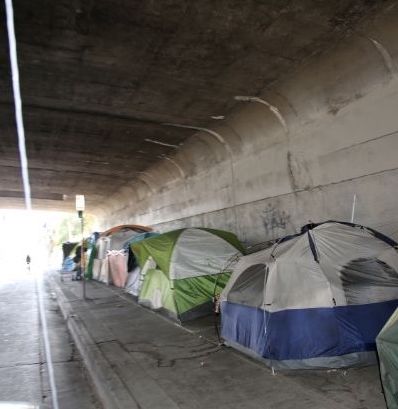 Homelessness among Veterans is a widespread problem and a priority at the national level. It’s been a high priority for the Department of Veterans Affairs. Progress is being made with the number of homeless Veterans nationally decreasing by roughly 46% since 2009.

Despite this progress, a big challenge remains -- permanent housing is necessary, but not sufficient, for living a well-rounded life. Having housing is the first step, but it doesn’t help Veterans with things like finding work, making friends, or keeping in touch with their families. These are all aspects of community integration, which is essential for long-term mental and physical health outcomes. For this, Veterans need different types of assistance.

To get a deeper understanding of this problem and develop new ways to solve it, Dr. Michael Green, Co-Director of the MIRECC Treatment Unit, has formed a new Rehabilitation Research and Development Center called THRIVe: Toward Homelessness Recovery and Integration. It is fitting that this new Center will be based at VA Greater Los Angeles (GLA). GLA has the largest homeless program of any VA in the nation and is currently providing housing for approximately 9,000 Veterans who have experienced homelessness.

The overall research goal of the Center is to improve the lives of Veterans who are recovering from homelessness by:

To meet these goals, the Center will be organized around three research focus areas that form a sequential pathway involving three key steps: 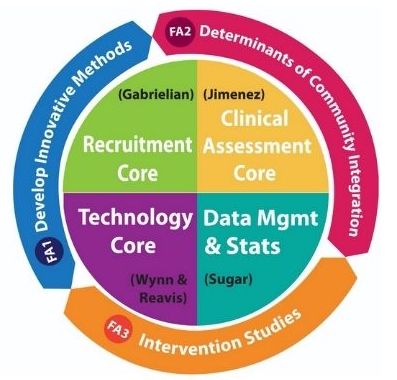 Step 1: Develop new ways of measuring key variables that are linked to community integration in homeless Veterans. This will include developing and testing new cognitive and motivation measures that might be relevant. This is a critical need because key aspects of community integration cannot be adequately captured with existing measures.

Step 2: Use the new measures developed in Step 1 to identify predictors of community integration.

Step 3: Use the information learned in Step 2 to guide development of treatments to enhance community integration for homeless and recently-housed Veterans.

Findings from this Center, including validated interventions, will be passed to VA health services investigators for implementation to benefit Veterans.

The proposal was submitted in August of 2019 and funded in September of this year. Dr. Green is the Center director, with Stephen Marder, MD and Robert S. Kern, PhD as associate directors.

Partnerships with Other Key Groups Nationally and Locally:

National Center for Homelessness Among Veterans

Loneliness in Aging with Schizophrenia 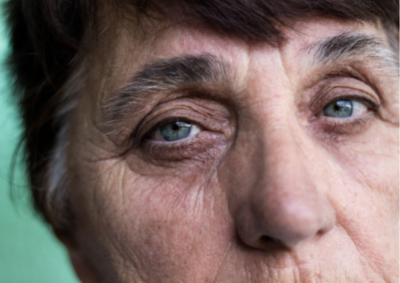 Loneliness is a normal part of the human experience. For most of us there will be some period of time when we feel lonely, but when does it become too much? When does it become harmful? Loneliness is very common among people with schizophrenia, yet little is presently known about the effects of loneliness on health and wellbeing in this population as they age.

Dr. Palmer and his col leagues received a new NIMH R01 grant to study loneliness in aging with schizophrenia. This information is critically important as loneliness is not just psychologically distressing, but is also related to an increased risk for medical disorders, cognitive decline, reduced independence, worse overall well-being, and early death.

Loneliness is more than just physical isolation. It is a distressing feeling that results from a gap between how a person’s social relationships and networks are compared to what they want them to be.

The onset of schizophrenia is typically in adolescence or early adulthood, a time when many young adults begin establishing careers and families. Because of this, loneliness can cause unique challenges for a young person with schizophrenia. For them, these milestones may happen later in life, out of sync with others in their age group. This disruption in social functions can cause a feeling of disconnection and loneliness that can worsen over time.

Loneliness and loss, as experienced by someone with schizophrenia, may differ from people without mental illness. Schizophrenia appears to be associated with accelerated biological aging, with a high prevalence of age-related medical conditions in addition to the mental illness. Some of this may be caused by behavior. When someone is experiencing social isolation, no one is there to push them to go to the gym or remind them to take medication, eat right, or quit smoking.

In this study, Dr. Palmer and his col leagues will examine the effects of loneliness and aging on health among people with schizophrenia and a control group of similar age without serious mental illness. In addition to behavioral factors, the research team will also study blood-based bio-markers focused on inflammatory processes. This may be the underlying way loneliness negatively affects health. This study is grounded in the idea that loneliness is adaptive. Natural selection pulls for loneliness so that we will be motivated to stick with the group to increase our chances for survival and reproduction.

Loneliness evolved as an adaptive drive -- a short-term, acute pain. However, chronic and persistent loneliness leads to chronic elevation of the stress response and inflammation. The resulting inflammation can cause negative health effects. The primary goal is to determine the associations of schizophrenia and aging with persistent loneliness, and the degree to which the associations are independent of other confounding factors such as social isolation, social motivation, psychiatric symptoms, and health behaviors. These relationships will be examined three times over a one year period.

The study will also examine daily fluctuations in loneliness, social motivation, social interaction, and mood via ecological momentary assessment surveys delivered via smartphones. Findings from this study will provide better understanding of the factors associated with higher risk of persistent loneliness, and its harmful effect on health.

The Effects of Racism Among Veterans with Psychosis

Funding the Next Generation of Researchers 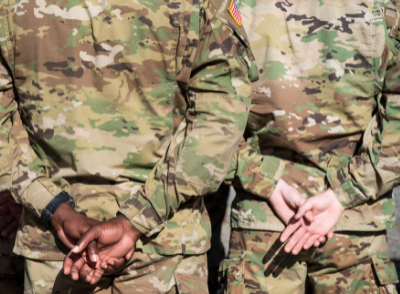 The Desert Pacific MIRECC recently launched a program to solicit and fund up to three proposals in the coming year that focus on racial disparities and the effects of racism on the functioning of individuals with psychotic mental illnesses. Pilot grants can be proposed by MIRECC fellows, psychiatry residents, or postdocs in affiliated VA or University sites. The aim of this program is to stimulate research interest in this important, but under-studied area, and hopefully to attract a diverse set of new investigators into our MIRECC. Events of the past year have emphasized the role that racial discrimination at individual and institutional levels can play in health and well-being, but relatively little is known about how these factors impact Veterans with psychosis. The new pilot program is an important step towards a more complete understanding of the interpersonal and societal impacts on the functioning of these Veterans.

OMHSP Discrimination, Bias and Equity Resources: resources and tools for VA clinicians and leaders to improve their work & work environments. Can only be accessed on a VA computer. 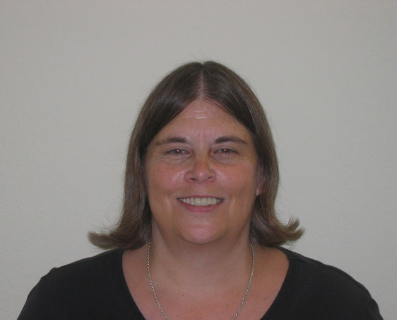 Dr. Glynn was drawn to doing family work in serious psychiatric illness in part because the family she grew up in dealt with serious mental illness. "When I was growing up, I wanted to help both people with the illness and the people around them. When we were growing up and our loved ones were ill, no one really helped us as a family. I really wanted to change that."

She started her professional career in the mid-1980s after receiving her PhD at the University of Illinois at Chicago. During this time, there was an increase in family work in serious psychiatric illness. She was able to work on some landmark studies and learned how to conduct evidence-based family intervention for
serious psychiatric illnesses. From there, she broadened her interests to include supported employment, Cognitive Behavioral Therapy for Psychosis and community-based skills training. She focused on helping people function well, even if they had experienced psychosis.

Dr. Glynn has spent the bulk of her professional life at UCLA and the VA. In 2007, she was asked to build on her family research by overseeing the national implementation of evidence-based trainings in family therapy in the VA. This position also afforded the opportunity to help develop policy around family work in mental health within VA. 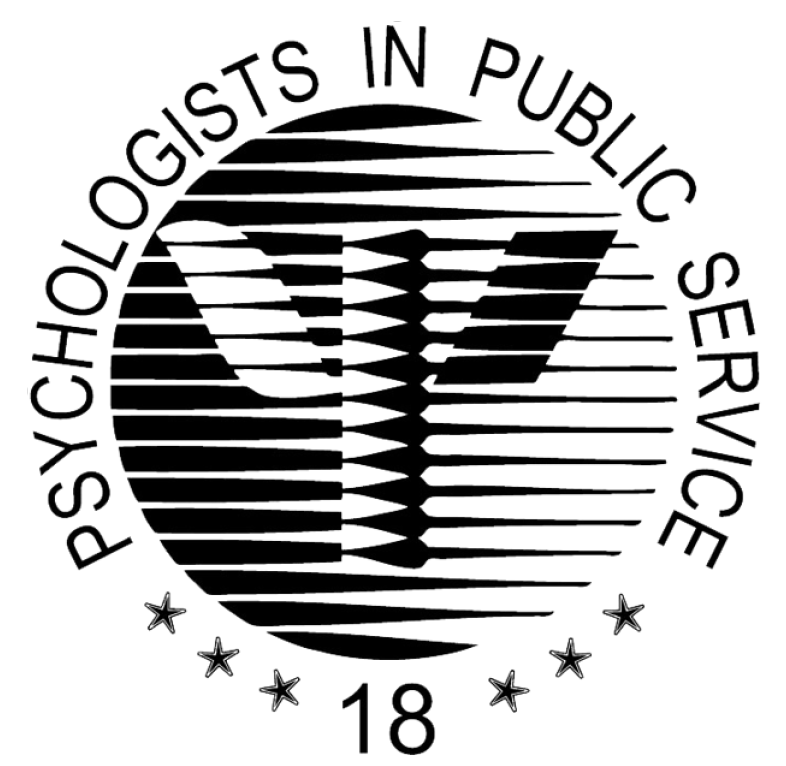 In 2009, Dr. Glynn was invited to be part of the family team on the Recovery After an Initial Schizophrenia Episode (RAISE) Early Treatment Program, a study that showed that a combination of pharmacological and psychosocial interventions entitled NAVIGATE improved outcomes in first episode psychosis, compared to customary care.

The results helped to provide a big push of congressional money to the states via the Consolidated Appropriations Act of 2014. The act added additional funds to Substance Abuse and Mental Health Services Administration (SAMHSA) to support evidence-based comprehensive interventions for recent onset psychosis, including programs such as NAVIGATE, which provides tailored medication, individual resilience training, supported employment and family education. She is now part of a national training group which has helped stand up evidence-based first episode psychosis programs in 20 states.

Shirley also has a private practice which is very important to her. “I see a lot of people with psychosis and their loved ones. I feel really, really lucky that I get to do it all.” 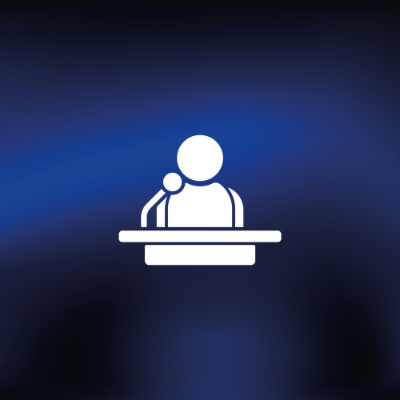 Dr. Lisa Eyler and colleagues presented a paper at the Annual Meeting of the International Society for Bipolar Disorders on behalf of the GAGE-BD investigators entitled The Global Aging and Geriatric Experiments in Bipolar Disorder Database. 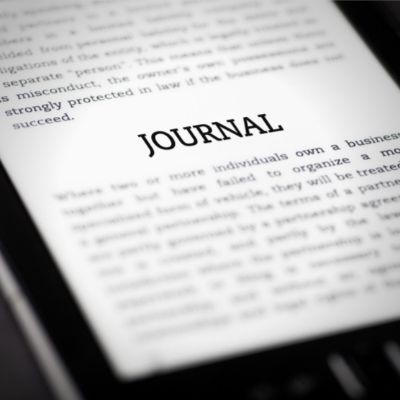 Kamarsu, S., Kauffman, C., Palmer, B. W., and Depp, C. A. (2020). Ecological momentary assessment of the relationships between social activity and mood in bipolar disorder. Journal of Behavioral and Cognitive Therapy, 30(1), 41-48.

Lamar M., Le n A., Romo K., Durazo-Arvizu R.A., Sachdeva S. (2019). The independent and interactive associations of bilingualism and sex on cognitive performance in Hispanics/Latinos of the Hispanic community health Study/Study of Latinos. Journal of Alzheimer's Disease, 71(4),1271-1283.