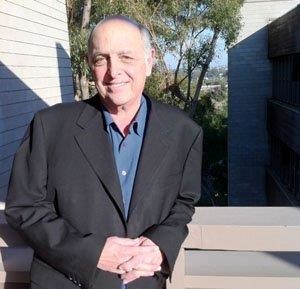 David Braff’s research interests have received long-term NIMH and NARSAD Distinguished Investigator funding and a special NIMH MERIT Award to extend his research as well as funding from the Veterans Administration. His interests center around 1) the identification of neurocognitive and neurophysiological biomarker deficits in psychiatric disorders (with an emphasis on schizophrenia); 2) understanding the neural circuit/substrate dysfunctions of schizophrenia patients using human and cross-species translational animal model studies; 3) using neurocognitive, imaging, information processing, and attentional dysregulation as endophenotypes in family/genetic studies; 4) utilizing translational and genetic research tools to identify the neural circuit basis and the genetic architecture of neuropsychiatric disorders such as schizophrenia; and 5) utilizing genetically and behaviorally determined, strong inference-based targets for developing efficacious antipsychotic medications and psychosocial therapies that can improve the functional outcome and quality of life of schizophrenia patients and reduce the devastating disease burden placed on them and their families by this “no fault” clinical brain disorder.

David Braff has published over 300 articles and 400 reviews, book chapters and abstracts. He has received special recognition from the Institute for Scientific Information (ISI) as being in the top half of 1% of most highly cited neuropsychiatric researchers. In addition, he has been the Attending Physician for over 10,000 patients with schizophrenia and other serious mental disorders, and has trained many researchers and clinicians. Dr. Braff has served as Councilor, Executive Secretary and President of the Society of Biological Psychiatry (SOBP), and as a Councilor and President of the American College of Neuropsychopharmacology (ACNP), 2 world leading neuropsychiatric research societies. He has consulted to the Diagnostic and Statistical Manual (DSM IV and V) Committee of the APA, and Expert Treatment Committee of the American Psychiatric Association (APA). He is the Co-Chair of the Executive Committee and Director of the Clinical Neurosciences and Genomic Unit at the Veterans Administration VISN 22 Mental Illness, Research and Clinical Center (MIRECC) program in the Southwest United States which investigates psychosis and its treatment. He has also been a key figure in advancing the Mission of the International Congress on Schizophrenia Research (ICOSR) and liaisoned USA-Russia and USA-China cultural and grant cooperative projects. He served for 15 years as President of the campus-wide UCSD Faculty Association.

David Braff has received numerous Grants, Awards, and Prizes. A Fellow of the American Psychiatric Association (APA), Dr. Braff received the Kempf Research Prize and Marmor Award for excellence in biopsychosocial research from the APA, as well as the Gold Medal for lifetime research accomplishments from the SOBP, and the Warren Award for schizophrenia research from the ICOSR. He received the George Thompson Award from the SOBP for service to the field, the Dean Award for Schizophrenia Research Excellence from the American College of Psychiatrists (ACP) as well as Gold Medal for psychiatric research from Society of Biological Psychiatry with other awards. He has been selected by his peers as one of the “Best Doctors” in the United States and in San Diego. He serves on many national and international committees and societies, such as the Executive Committee of the MATRICS Project of the NIMH, which identified novel cognitive targets for antipsychotic medications, and other NIMH advisory committees that focus on issues such as the design and conduct of large clinical treatment trials. Dr. Braff is on the Editorial Boards of the Archives of General Psychiatry and five other journals and reviews manuscripts for over 20 Top Journals. He has lectured nationally and internationally on many topics in neuropsychiatric science and practice, and is recognized as a leader of the international neuropsychiatric community.