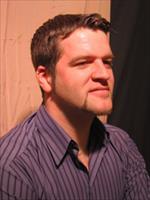 Dr. Young received his BSc. (Hons) in Psychology with Biology and his Ph.D. in Psychopharmacology in the Department of Neuroscience, at the University of Edinburgh, sponsored by the Fujisawa Institute for Neuroscience in Edinburgh. He worked for a year at Organon Laboratories in Scotland prior to his arrival at UCSD to conduct his Post-Doctoral training in 2006. This training was primarily with Profs. Mark Geyer and Dilip Jeste at the Consortium for Translational Research in Neuropsychopharmacology (www.ctrin.org), MIRECC San Diego VA (http://www.mirecc.va.gov/visn22), and the Stein Institute for Research on Aging respectively. Dr. Young became a Faculty member in 2009.

Dr. Young investigates the molecular biology and neural circuitry underlying behavioral abnormalities occurring in major neuropsychiatric disorders. Debilitating forms of mental illness are prevalent but treatment options for these disorders remain limited. For example, despite the fact that cognitive deficits are a major determinant of impaired function in these patients, there are no approved treatments. Despite molecular and genetic advances, treatment development has not kept pace. One major roadblock for treatment development has been the scarcity of effective cross-species models. Dr. Young uses cutting-edge neuroscience to develop novel and sophisticated cross-species models to identify targetable mechanisms to treat mental illnesses.

In order to examine the molecular biology and neural circuitry underlying behavioral abnormalities occurring in major neuropsychiatric disorders, we characterize such abnormalities using reverse-translated paradigms. For example, using the human 5-choice continuous performance task (originally developed for mice), we have characterized EEG and fMRI abnormalities that occur in patients with bipolar disorder and schizophrenia, the impact smoking, and smoking cessation, has on attentive properties. By identifying neural mechanisms in patients and healthy subjects, these mechanisms can then be investigated in greater depth using the corresponding animal models.